Malicious hackers and scammers have always come up with complex yet innovative techniques to take control of users’ devices and access their personal sensitive data. One such method involves tech support scams targeting unsuspected users in the name of fixing issues in their computers which never exist in the first place.

In one such scam, users in Australia were recently tricked into a tech support scam which allowed scammers to remotely take over their computers, secretly record their videos and upload them to YouTube without their knowledge on consent.

According to ABC Australia, the scam targeted dozens of citizens in which they were tricked into visiting a fake technical support website of Adobe Flash. Geoff Sussman, one of the victims revealed that he did an online search for services which could assist him to download and install Adobe software on their computer, however, he ended up contacting a fake Adobe support page called “Support for Adobe Australia.”

They then called a number that was mentioned on the site and fell for a tech support scam called Macpatchers. The scammer on the phone told Sussman that they have identified a virus on their system and to remove it they need to install a solution which in reality was a malicious software that provided them full remote access to his computer.

From there, Macpatchers started recording him while displaying a message on the screen stating that he is satisfied with their service but what he didn’t know is that scammers had full access to his device’s camera and his words were being recorded and used as testimonials on YouTube.

Reportedly, scammers tricked around 68 other victims into recording fake testimonials recommending others to try their services.

But it didn’t end there, Sussman ended up paying more than the US $2,000, stating that he had no idea he was being secretly recorded or that it was used to promote the scammers. However, a look at YouTube shows there were several videos in which users had previously warned others about Macpatchers. Here is one of the videos:

This is not the first time that tech scammers tricked victims into installing malicious software on their computer however secretly recording videos and uploading them to YouTube for fake testimonials is something that has never been seen before. 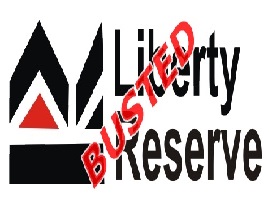 The official website of Liberty Reserve (), known for its services such as payment processing and transfer has…
byWaqas