If your PC is locked it does not mean that your credentials and data are safe. A rogue USB-to-Ethernet adapter will help the attackers unlock computers running Windows or OS X to steal your private data. Even a $50 adapter can do the job in mere seconds, which is indeed alarming.

Usually, we lock our computer screen for a while if we need to go somewhere else, which apparently is a reasonable enough security practice. However, Rob Fuller has proved that it is not as safe as we might think.

Must Read: Watch Out – This Killer USB Drive Will Fry Your Laptop

Fuller, the R5 Industries’ principal security engineer, has identified that cyber-criminals can use a special USB device to copy the OS account password hash even if the PC is locked. It only takes seconds to do so. They can easily crack the hash later and apply it directly in conducting network attacks.

To prove his theory, Fuller used a $155 USB Armory, which is a flash-drive-sized computer device, and masqueraded it as a USB-to-Ethernet LAN adapter so that it transforms into a primary network interface. However, Fuller states that other cheaper devices like Hak5 LAN Turtle, which costs just $50 could perform the same task.

So let’s assume if someone plugs in a USB-to-Gigabit-Ethernet adapter into any locked laptop running Windows OS, then the adapter will be installed and the laptop will mark it as the preferred network interface.

Using the Dynamic Host Configuration Protocol (DHCP), the OS configures the network setting whenever a new network card is installed, which means that cyber-criminals can use a rogue PC at the other side of the Ethernet cable that will pose as a DHCP server. Once this is successfully achieved, the attacker will control the Domain Name System (DNS) responses and will also configure a fake internet proxy using the Web Proxy Autodiscovery or WAPD protocol. This also hints to the fact that the attacker could get into a very privileged man-in-the-middle position to tamper or intercept the incoming network traffic on that computer.

The reason is that locked computers keep generating network traffic, which makes it easy for attackers to extract account names and hashed passwords. The entire feat could be performed in no more than 13 seconds, states Fuller.

Fuller recommends users of PCs and Laptops to never leave their workstations “logged in, especially overnight, unattended,” even if the screen is locked.

Must Read: 8 Technologies That Can Hack Into Your Offline Computer and Phone

#SecurityTip Don't leave your workstation logged in, especially overnight, unattended, even if you lock the screen.. ;)

Watch how it’s done below:

Must Read: Watch out for this USB Device Charger, it could be Keystroke Logger: FBI

We highly recommend going through Fuller’s post here for more technical details about this findings. 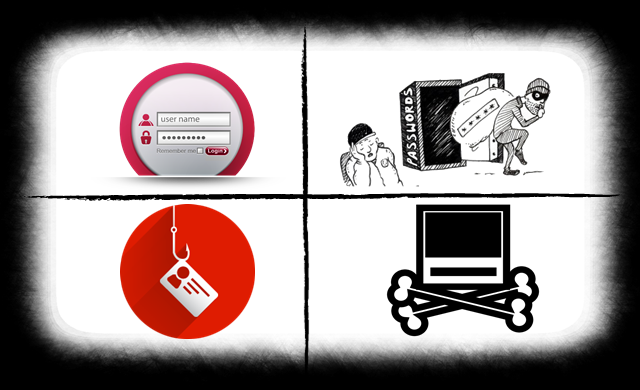 Social engineering attacks are propagated in different forms and through various attack vectors. It is a rapidly evolving art that keeps on being perfected every now and then
byAli Qamar