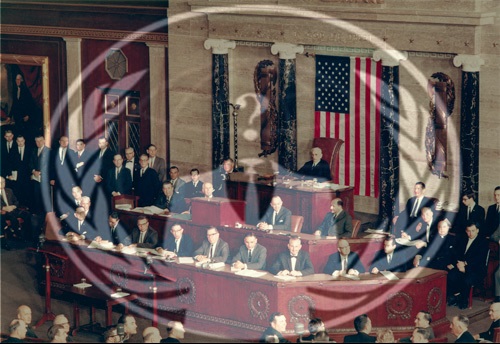 Anonymous hackers have claimed to breached the official website of US congress and its mail server (mail.house.gov and senate.gov), as a result around 1800 email addresses along with their passwords have been leaked online.

Hackers claim that emails and passwords belong to US Congress and their staff which have been compromised to make it clear on congress that Anonymous hackers have been keeping an eye on them over ongoing issues such as NSA, FISA and PRISM.

The leaked data which has been dumped online shows email addresses and their clear-text passwords along with a message, which has been expressed in following words:

The leaked data seems legit but unclear if it was acquired from American Senate or from the systems of US House of Representatives.

Anonymous hackers have become suddenly very active and critics of ongoing issues as few hours ago the same hackers had hacked FEMA‘s server in support of NSA’s whsitleblower Snowden.

At the time of publishing this article, the leaked data was still available on ZeroBin.