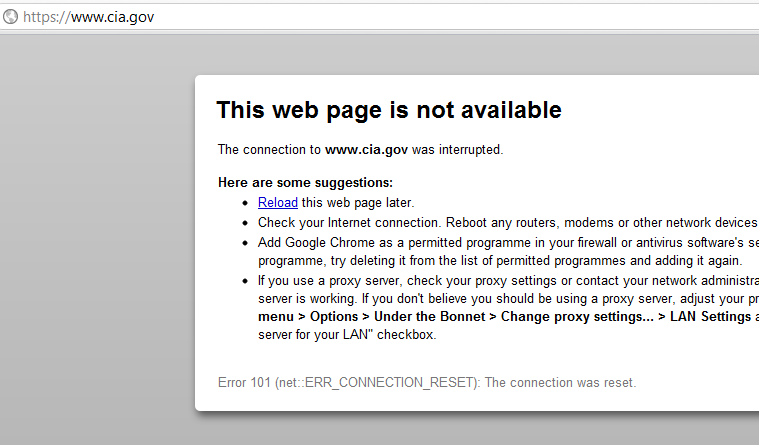 CIA’s official website has been hacked and taken offline by the Anonymous hackers.  Central Intelligence Agency, The site went down about 3:10 p.m. that apparently appears to be the biggest distributed denial of service (DDOS) attack of its kind. Anonymous or any other hacking group has not taken the responsibility yet but according to RT news which is in contact with Anonymous has confirmed that it was anonymous which took down the CIA’s website.