“Looks like we got hacked again, we’ll try to fix this,” said one of the moderators.

An online forum designated for California’s First Congressional District debate was hacked by unknown hackers (or call them pranksters) right after opening statements from its participants Lewis Elbinger of Green Party and Lewis Elbinger of the Democratic Party.

The debate was hosted by Independent Like the North State group on Thursday night which was being broadcast online via live streaming. However, hackers were quick to take over the live stream to broadcast gay pornography.

According to KRCR’s report, the debate was also being broadcast on KFOI station. Once the debate’s moderator Chris Verrill began to ask questions from candidates the debate’s online feed was replaced with two men indulging themselves in sexual acts.

“We had some pranksters decide to go on and not respect ‘Independent Like the North State,’ the two candidates that were there or the democratic process or our community and that’s disappointing. But the North State’s a great community and we’re not going to let a couple bad apples spoil the whole barrel,” Verrill told KRCR.

“It’s disappointing that some pranksters disrespected the democratic process. But the North State is a great community and we won’t let a few bad apples spoil the whole barrel. We’re already making plans to reschedule the candidate forum so we can work together to move forward,” Verrill wrote in a Facebook post.

This is not the first time when hackers have pulled such a stunt in California. In September 2017, unknown hackers took over TV transmission across the Orange County and disrupted scheduled programs with strange, mysterious warning messages informing viewers about the upcoming invasion of extra-terrestrials and the onset of Armageddon.

In another incident, a high school in Georgia played pornographic content on its TV monitor in the presence of students during lunch leaving them baffled. One of the students, a 10th grader, took a photo of the monitor screen and texted it to her mother who revealed that the image was “too graphic to show.” 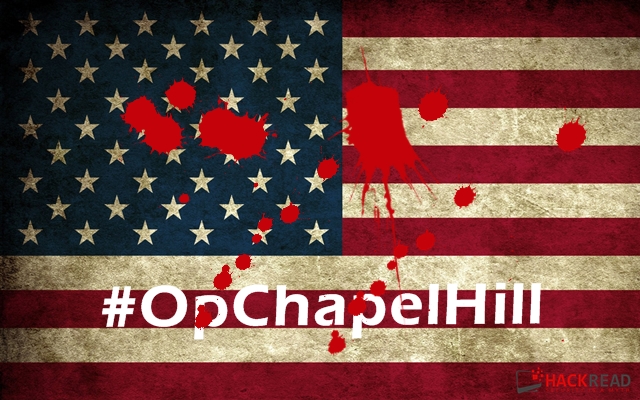 The online hacktivist AnonGhost is back in action. This time by defacing the official website of an Army and…
byWaqas