‎Z Company hacking crew has attacked massive Indian websites by hacking over 1846 domains, Including Govt, Civil Aviation India and University sites hacked on May 29th. According to ZHC, ”This hack was done to show support to the two sisters of the Kashmir valley who were first raped and then killed brutally by INDIAN OCCUPATIONAL FORCES ON 29 MAY’09”. 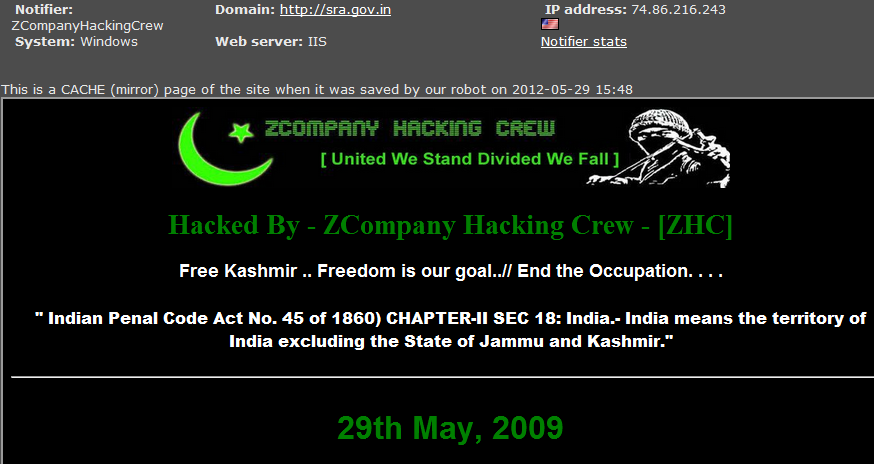 Z COMPANY HACKING CREW also attacked the Indian Cyber Space leaving sites down and displaying their deface messages in support for Kashmir. The Crew also used SMS bombers service for sending messages like ” ONE SLOGAN ONE TRACK, GO INDIA GO BACK” were sent to as many as 1300 Indians at 1:22AM IST to show and observe the Protest.

Reddit says the breach took place after hackers intercepted SMS that were supposed to be delivered to employees. The…
byWaqas