The online hacktivist Anonymous is targeting African countries to protest against the increasing corruption in government sector — The cyber attacks are conducted under the banner of operation OpAfrica where targeted countries are Ethiopia, Sudan, South Sudan, South Africa, Tanzania, Rwanda Uganda and Zimbabwe.

The Anonymous hackers who in past hacked the South African Government contractor and the U.S. Department of Agriculture websites for OpMonsanto are back in action and this time they have hacked into the servers of Ugandan Ministry Of Finance and an IT company under the Rwandan government.

When it comes to Rwandan government the leaked data can be labeled as devastating as hackers breached into the server of the Broadband Systems Corporation (BSC), an Information technology firm responsible for providing video conferencing service to the government sector. Hackers were able to access the company’s online ticketing system and email addresses. The hackers also leaked names of people working for the firm, phone numbers, email addresses and encrypted passwords.

That’s not all, the hackers have also leaked confidential data such as client information, sensitive internal email conversations, emails and passwords. The email conversation is also sensitive as the employees were talking about changing of passwords and what will be the new password etc.

“Dear Hamza > > It has been fixed. The DB was not connecting. check if there is no one > who changed the rbcgov_admin password from your end, according to the leaked email conversation.”

In an exclusive conversation with the hackers behind this breach, HackRead was told that:

“We are Anonymous and supporters of LulzSec and we will make sure the corrupt governments would listen to us or we will keep on embarrassing them — It’s time to end their corruption and feed the poor.”

Here are some combined screenshots hackers leaked from the Internet system of the company: 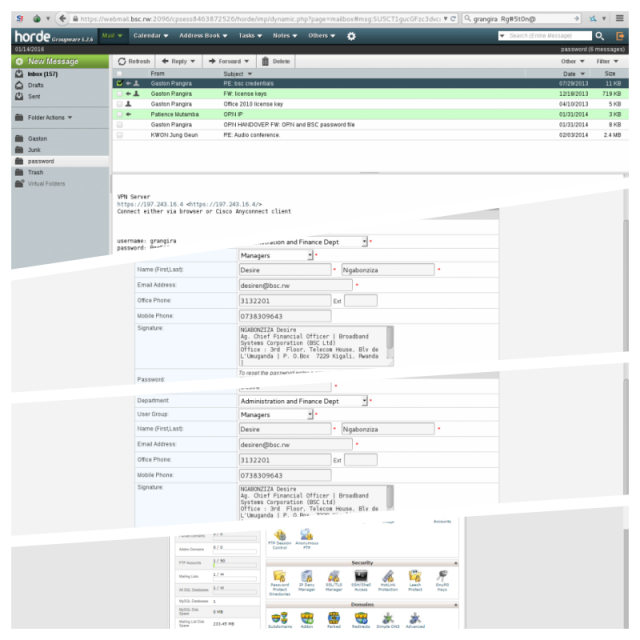