LulzSec at the time of arrests had accepted the attacks on Sony pictures and Fox’s reality show ‘X-factor’. But, since the arrests there have been no big attacks or breaches taken place from the group. FBI believes this has made them identify the downfall of the anonymous groups. One of the FBI officials says:

But, there weren’t 5 arrests there was another individual who was working for another group by the name of AntiSec. All these arrests took place by FBI’s officials. In 2012, this sixth individual who was nicknamed as “SABU” gave all the required information regarding the group to FBI and this eventually led to arrest of 5 members of LulzSec. This, however, also created a layer of distrust within the group which has stopped them from working as a single unit these days.

FBI team has become really active these days and is keeping an eye on every single activity of the group. The arrest of “SABU” is of the examples of this. Sabu once by mistake exposed his IP to this FBI quickly traced his location in Manhattan which lead to his arrest.

Response by Anonymous and Ground Reality:

Just two days ago, Anonymous media cell under the handle of Crypt0nymous News Network on Facebook and Twitter responded with a tweet against bluffing claim made by the FBI which shows Anonymous latest attack on US Federal Reserve, leaking contact details of everyone working under the department.

After analyzing the dumped data, I have found names, addresses, emails, postal code, financial details, ranks and phone numbers of over 20,000 works from US Federal Reserve. However, the data has been removed from the site.

Then comes a retaliation by Anonymous hackers in shape of hacking and defacing the official website of  Noblejas Peoples part (toledo), a political party heading the government in Spain. The hackers left a deface page along with a video message on hacked site, threatening the Spanish government that it will leak massive documents on its corruption.

At the time of publishing this article, the website was hacked and displaying deface page left by Anonymous.

So last but not the least, FBI should look before it leaps as the current retaliation from online hackavists Anonymous shows they are here to stay with no plans to go or being dismantled by anyone. 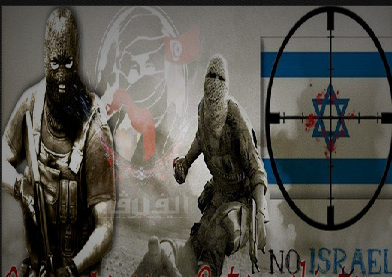 Website of Embassy of Nepal in Israel Hacked by CapoO_TunisiAnoO

CapoO_TunisiAnoO, Tunisian based hardcore anti-Israeli hacker has hacked and defaced the official website of Embassy of Nepal (nepalembassy-israel.org) in Tel Aviv,…
byWaqas