More than 1,000 tech experts, scientists and researchers have written a letter warning about the dangers of autonomous weapons.

In the latest outcry over “killer robots“, the letter warns that “a military AI arms race is a bad idea”.

The letter will be presented at an international AI conference today.

“Killer robots” are currently the subject of much debate and have recently been discussed by committees at the United Nations, which is considering the potential for a ban on certain types of autonomous weapons.

Now, the experts have called for a specific ban on the use of artificial intelligence to manage weapons that would be “beyond meaningful human control”.

MIT professor Noam Chomsky, Google AI chief Demis Hassabis, and consciousness expert Daniel Dennett are among others to have endorsed the letter.

The text, which has been published online by the Future of Life Institute (FLI), will be presented to delegates of the International Joint Conference on Artificial Intelligence in Buenos Aires.

Prof Hawking, a signatory to the letter, is currently taking part in an Ask Me Anything (AMA) session on Reddit, in which he is collecting questions about “making the future of technology more human”.

He will respond to selected questions throughout the week, but has not yet posted his first reply.

In December, the professor raised his concern that AI could spell the end of mankind.

“Humans, who are limited by slow biological evolution, couldn’t compete , and would be superceded,” he said.

But Eric Horvitz – a Microsoft Research chief who signed the autonomous weapons letter – has also posted a video online in defence of other AI research.

“You look at how much computation has done for our society, for socio-economics, in applications like healthcare – it’s been incredible. AI will change so many things,” he said.

“With that comes a lot of hope, a lot of possible benefits and also some concerns.

“I think there are very interesting questions that need to be solved along the way, but I expect largely positive beneficial results coming out of this research largely because we guide it.”

The UK’s Ministry of Defence said in a statement that all UK forces currently operate, “in accordance with International Humanitarian Law.”

“The UK’s clearly defined Rules of Engagement are formulated on this basis.

“As such, there is always a ‘man in the loop’ controlling the system.

“UK military personnel are and will always be involved in the decision to employ and in the act of releasing weapons,” it said.

In May 2015, a computer scientist from the University of California at Berkley Stuart Russell had also warned against AI Robots saying that such arms will leave humanity “utterly defenceless”. Stephen Hawking also seconds the findings of Prof. Russell and warns that AI “could spell the end of the human race.” 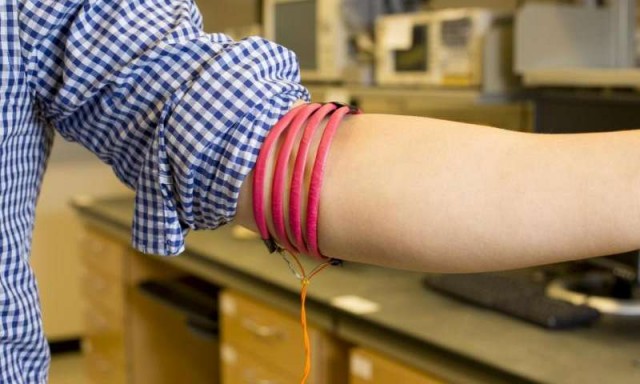 You Can Now Communicate Wirelessly Using Your Body’s Magnetic Fields — Are you ready? A new path for wireless…
byFarzan Hussain

A technician at the Germany based Volkswagen production plant was killed by a robot. The Associated Press reported…
byWaqas