Poland’s second largest telecom company Netia has suffered a data breach in which personal details of its users and clients have been leaked online!

A Ukrainian hacker going by the handle of Pravy Sektor has breached the servers of Poland’s telecom company Netia SA and stole a massive trove of data a couple of days ago and posted it for public access on an underground forum. 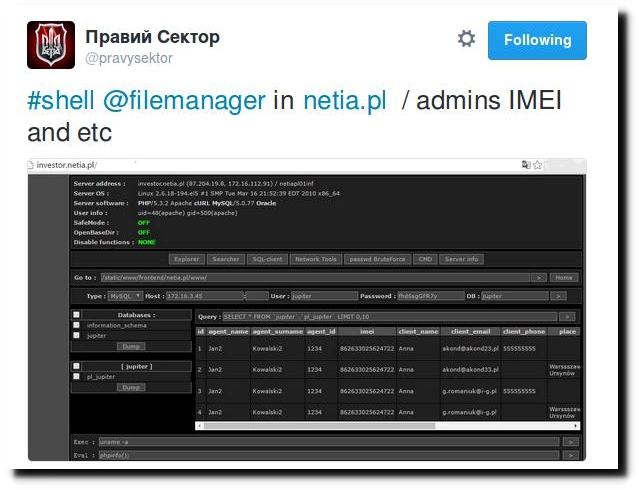 Netia SA has acknowledged that netia.pl faced a cyber attack from the hackers but claimed that only specific amount of data has been stolen. A press release from the company explains that passwords and logins of self-service portal NetiaOnline are safe while data of customers and cooperating companies are secured by the experts.

The attack was launched at 11:03 a.m. (0903 GMT) on Thursday and impeded access to Netia’s main web page netia.pl until late in the evening the same day, said spokeswoman Lidia Marcinkowska. She said hackers may have gained access to some data of its clients as they had accessed two types of forms sent via Netia’s website by people wanting to contact the company or sign a contract with it.

The data was first discovered by Yogev Mizrahi, Head of cybersecurity team at Hacked-DB and analyzed by Oren Yaakobi who found the stolen data is far greater than what the company claims in their press releases. Here is a full and exclusive data analysis conducted by Hacked-DB:

Ukrainian hacker posted multiple SQL files that are compromised and extracted from investor.netia.pl domain. There are several database files including sales DB that contains records such as Blue Media transactions, device and product offers, IP Block Lead and IP TradeDoubler. There’s also an SQL file containing 342,000 lines and contains data such as first and last name, home address and IP address. The data was last updated in 2014. 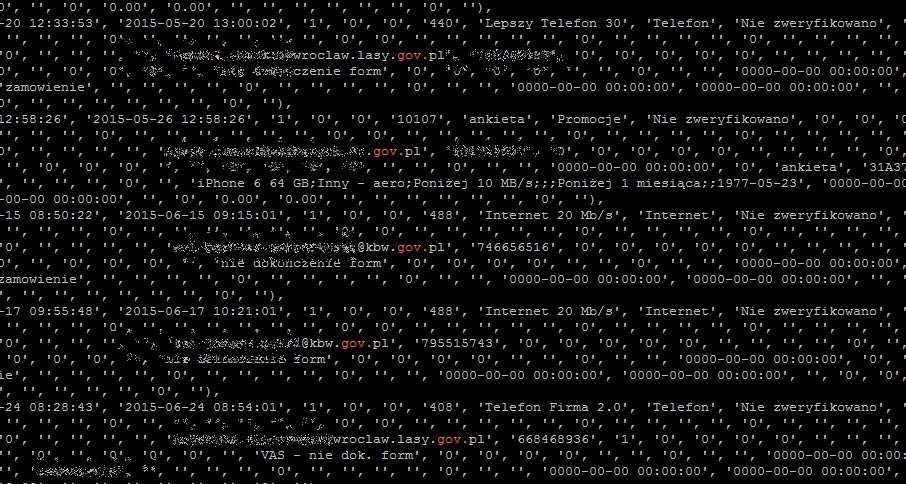 In total, the dumped data is about 14GB in size and last but not least, the hacker has also dumped 615,525 unique email addresses including 150,440 emails from Poland’s sixth-largest web portal Wirtualna, 118,989 Gmail emails addresses, 64,000 email address of O2 users. Here is a list of top 10 email domains compromised: 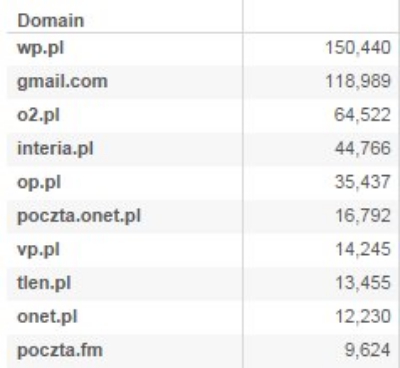 Though the researchers did not obtain passwords from the data but they were able to detect logger database holding session IDs of users which basically means that a malicious user having access to the data can authenticate as another user based on this sensitive data.

An important point to notice is that session ID is a very critical finding, this data allows direct connection to the website without authentication process with username and password, explains one of the researchers from Hacked-DB.

Recently, we have seen an increase in such offers where hackers have been offering highly confidential data from top social media giants including MySpace, LinkedIn, Twitter, Beautiful People and VK.com but when it comes to telecom giants, one of UK’s largest telecom companies TalkTalk faced a massive data breach when hackers stole personal data of 4 Million users.

At the moment it is unclear what flaw allowed hackers to bypass Netia’s server but based on previous data breaches a simple SQL flaw lets hackers make their way to protected data. However, Netia’s website which was down after the attack has been restored. Here is a screenshot showing the site was down for maintenance: 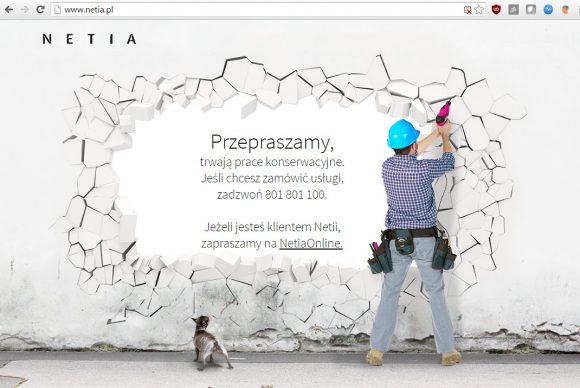 After a long break CapoO_TunisiAnoO hacker is back with his high profile hacks against Israel. Over his return, he has…
byWaqas