Most & least radiation emitting smartphones in 2019

Smartphones are a utility in our lives more than any other thing. The addiction has increased to a level that most of us keep our smartphones by our side whether we are at the office, home or even while we are on the bed.

Smartphones are a utility in our lives more than any other thing. The addiction has increased to a level that most of us keep our smartphones by our side whether we are at the office, home or even while we are on the bed.

According to the research by Cellular Telecommunication and Internet Association, there are more than 5 billion cell phone users. Whereas, only in the United States, there were 400 million mobile users in 2017.

But, really few people care about the radiofrequency radiations emitted by these smartphones and the harmful effects they have on the human body. Alarming health effects are raising concerns of many individuals, and you might be the one searching for radiation extent in the mobile phone you are considering to buy.

Fortunately, there is a survey telling you the most and least radiation-emitting smartphones in 2019. The research highlighted and published by statica.com, is compiled by Bundesamt für Strahlenschutz, the German Federal Office for Radiation Protection. The list includes both iOS and Android devices and is based on the Specific Absorption Rate (SAR). You can check the SAR level of your phone on its official website or in the user manual/guide.

The list of most radiations emitting smartphones could be surprising for most people as it includes some big names such as iPhone, Google, Sony, and others. 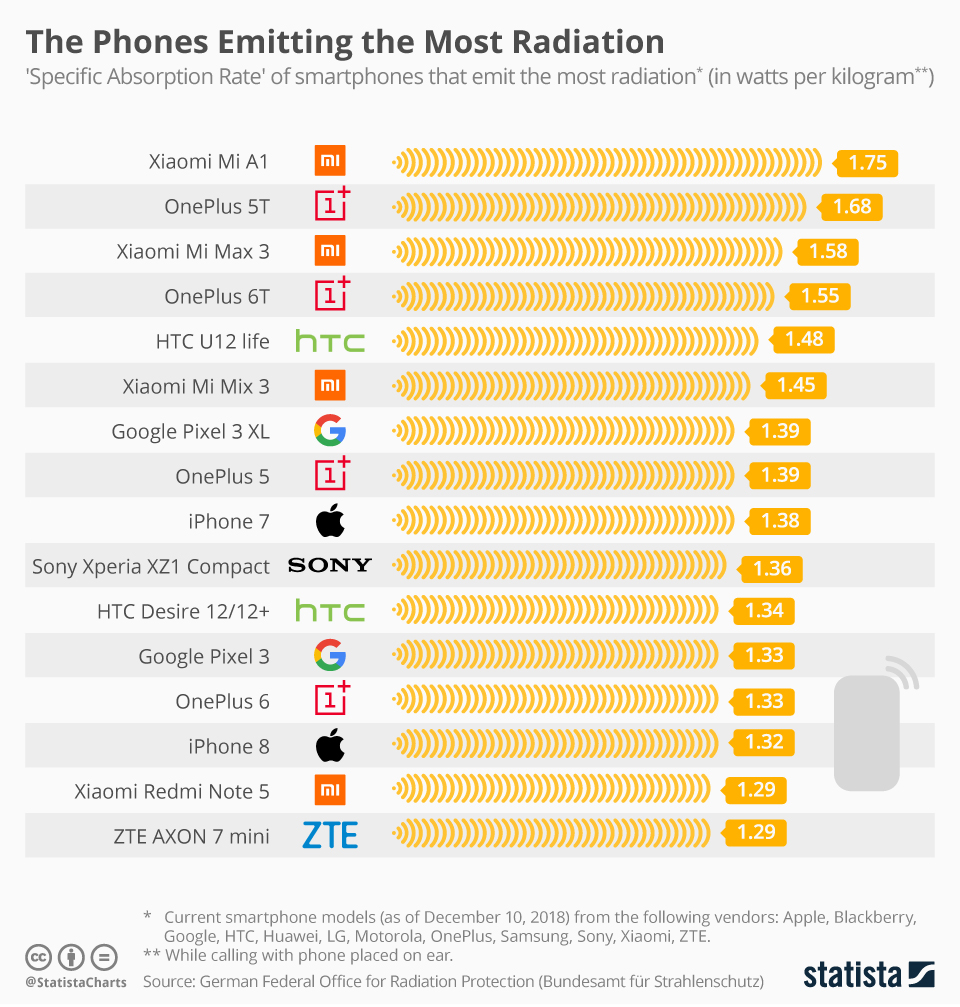 You can see Xiaomi Mi A1 as the most radiation-emitting smartphone along with some other phones by Xiaomi. However, various smartphones from another Chinese company, OnePlus could be seen on the list. Also, the appearance of two iPhone models could be concerning for Apple smartphone users. 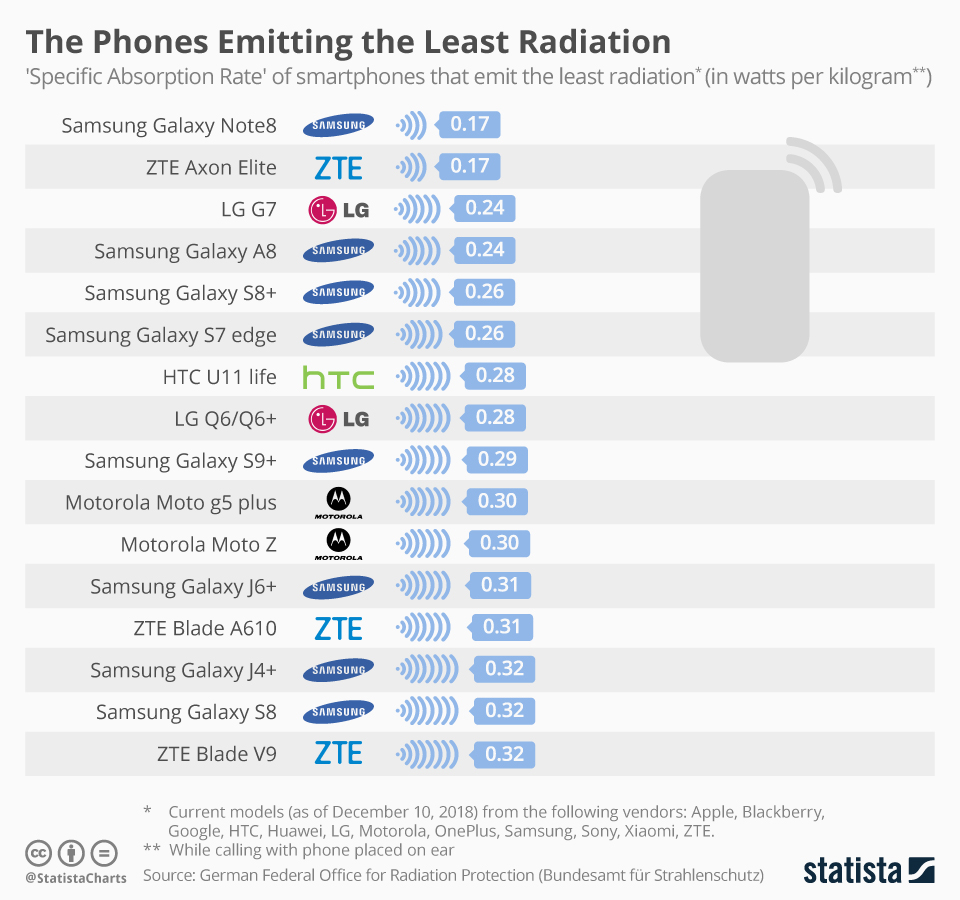 This list could be good news for Motorola, LG and especially Samsung users.

Samsung Galaxy Note8 tops in being the least harmful smartphone with the least radiation. The all overlook at this list shows that there are many Samsung smartphone options when it comes to the selection of phones by radiation emission level.

Don’t place the phone on your ear when a call is connecting. When you are waiting for a person to pick up your call, your phone is emitting its strongest signals.

GDPR and the REAL impact on business

General Data Protection Regulation (GDPR) has taken the world by storm, sending non-compliant firms into a panic, and…
byPatrick Vernon